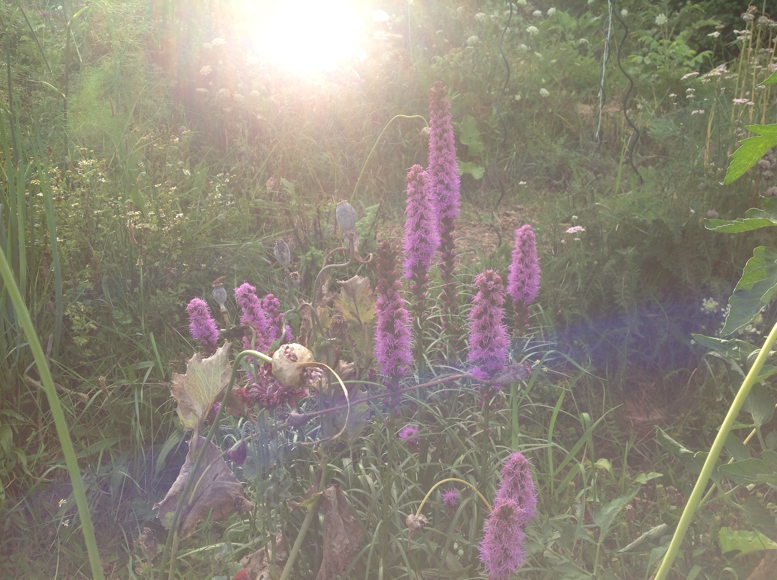 And with that title, I am now officially trolling my own blog.

Ok, so sure, cool, he helped lead anti-oppression movements in multiple countries, inspired non-violent resistance all over the world, fought against classism, and inspired several religious traditions and whatever. So what if hippies like me reread his autobiography every few years for inspiration (because, that’s a thing I do.) Most people look at his EXTREME lifestyle and say: “Wow what a an AWESOME super-human – I could never be like that.”
What do modern Americans tend to emphasize about him?
“He lived in shack with a dirt floor and ‘wore a diaper'” (an ethnocentrism I think reveals the guilt of our consumer lifestyle.)
We know he just did all that EXTREME morality stuff just to look bad-ass on Instagram, but he set a model us little people could never live up to. Seriously though, I think we actually use these EXTREME stereotypes to justify a worse version of ourselves than what we really aspire to, as though, if we can’t be as good as Gandhi, then what’s the point?
Why do I think that? Because I’ve made that excuse myself. Because I’ve had literally over a hundred conversations where other people do exactly the same: invoke the EXTREME as an excuse to do nothing.
It’s actually harder for us to accept that Gandhi was just a complex, flawed human being, who made mistakes, felt conflicted about his duty as a leader and his role as a father and husband, made some racist statements when he was young, sexist ones when he was old, failed to prevent religious/ethnic war in India, and probably inadvertently reinforced systems of racial conflict and colonial oppression in Africa.
Meanwhile, “his” great accomplishments were achieved by the work millions of “regular people” acting bravely and taking action.
And his lifestyle choices were intended as a model, inspiration and critique within an Indian cast system a century ago – it wasn’t all about us – and our EXTREME stereotypes about him have very little truth to them.
So, I guess the problem is less about Gandhi being an a-hole and more about the ethnocentric, dismissive, and dehumanizing ways we “moderns” talk about him.
And we do the same thing with Mother Theresa, Jesus, the Buddha, Fukuoka, Native Americans just sort of generally, and yes, Hitler. We make Hitler an EXTREME example of evil as a way of denying that we ourselves hold the potential to do both great good and great evil. Hitler too, was just a human like you or me, and it was the complilcity of millions of “regular people” like us that caused great harm.
We focus on what appears BIG SHINY FLASHY SUPERHUMAN EXTREEEEEEME, and we under-celebrate the EXTREME power of regular people doing small acts of meaningful change, kindness and beauty. 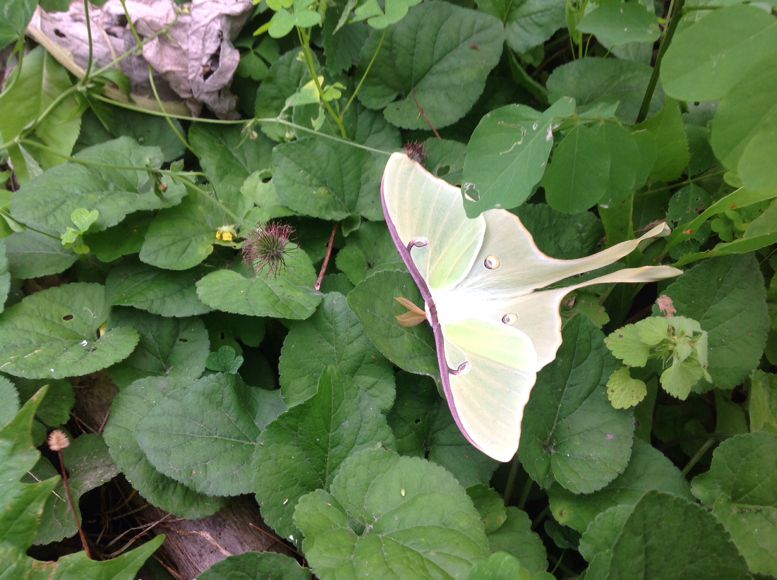 ——————
“Why has Permaculture failed?”
The answer: It hasn’t. At all.
It has helped feed probably millions of people, healed millions of acres of soil, provided habitat for billions of organisms, helped change the discussion about climate change and soil loss, and helped people all over the world reclaim a better relationship with nature and community, build happier, healthier, more resilient lives – I personally believe it’s been the most important and impactful work in the world for 4 decades now.
And yet, this idea that Permaculture has failed has become a major topic of conversation within the Permaculture Community. In fact, claiming that Permaculture has failed has become a pre-requisite to being taken seriously within that community and many recent books on Regenerative Agriculture and Permaculture literally start by saying so.
Why? Because we’re focussed on the BIG SHINY FLASHY SUPERHUMAN EXTREEEEEME instead of what gets real world results. Even in Permaculture, with our principles of small, slow change and working with the marginal, we LOVE the BIG FAST MAINSTREAM over-complicated projects that use tons of resources, volunteers, land, fossil fuels, and non-renewable materials, and cost hundreds of thousands or even millions of dollars, but only produce a few thousand dollars of food/year. We want to follow the dirtiest, smelliest, hardcore-est guy on IG who’s living an “EXTREME” looking “rewilded” lifestyle of self-reliance and renunciation – the ONE who’s escaped the cage of civilization and modern technology – and documents it thoroughly with daily social media updates, the flashiest email service and the absolute cutting-edge in photography, video and sound equipment. And yes, it’s almost always a guy, because it takes a whole heap of privilege to even pretend to live that way, and a whole heap of male authority for it to be taken seriously.
Now, there IS a role for legit pioneers exploring the limits of self-reliance. But I’m more impressed by the “regular” gardeners, farmers, organizers, and just plain “livers” I know who are taking small steps that reduce their footprint, cut their reliance on the psychotic corporate food system, and building healthier lifestyles than I am by somebody who’s “living” (part time) in a hovel in the boondocks but has increased their personal fossil fuel and plastic consumption 10 fold to pay for it. How about starting with growing some of your own food (easy) and figuring out how to use as much of it as possible (difficult) before you go saving or “feeding the world?” 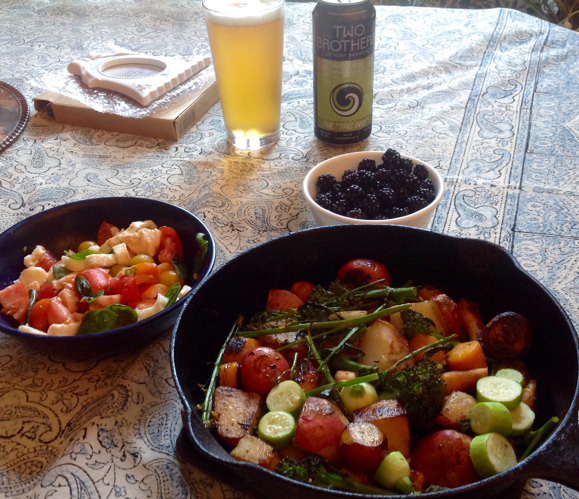 And so it goes… We raise up the EXTREME unhealthy “fitness” celeb with the well-chiseled abs cut by dangerous drugs, rather than the human-looking knowledgable local trainer with a practical, healthy lifestyle. And in politics, we gravitate towards the EXTREMES that looks ideologically pure on Facebook, over what will actually serve our cause. And diets go EXTREME on purity too, even if it costs a fortune and harms our health. Our houses? Extreme! Our cars? Extreme! Our vacations? Extreme! And our spirituality? Extremely EXTREEEEEME!!!

Yes, I have fallen into this trap myself, working on experiments so obscure that they’d only be practical for a very small group of self-reliance and natural living junkies, but impractical for almost everyone, difficult to teach, and ultimately low-impact.

So, how could Permaculture be improved? Maybe by focussing less on being hardcore and flashy, and more on being EXTREMELY practical, helpful and impactful. If we want to get serious about changing the world, we can just work on that 20% that will have the 80% most effect (the 80/20 principle I write about a lot,) rather than push our efforts well beyond the “point of diminishing returns” to get approval on social media.
We can cut the BS and be hardcore about helping real people take meaningful steps towards happier, healthier, more reslient lives with more control over their food and livelihoods, and a better connection to nature and community. We can each “be the change we want to see,” model real, achievable change, and help maximize the happiness of as many beings as possible, while minimizing suffering for as many as possible. That’s something every one of us can participate in, and that is extremely transformative.
—————-

At Lillie House our mission is to support the real change-makers who inspire us. If you want to support that mission, consider letting us support you.
And if you liked this article, please consider sharing it on social media with the people who inspire you. 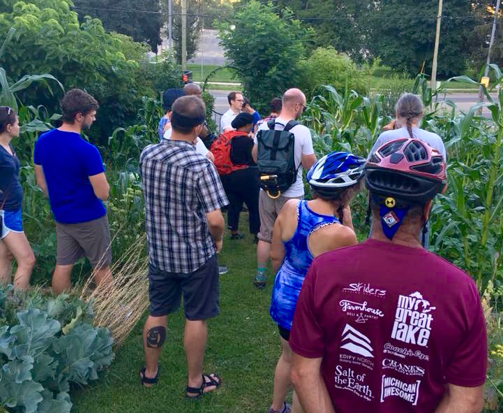